Powerful Words: Why Logic’s Moving Speech at the Grammy’s has People Talking

"Black is beautiful. Hate is ugly. Women are as precious as they are stronger than any man I ever met. And unto them I say, 'Stand tall and crush all predators under the weight of your heart that is full of the love they will never take away from you. Be not scared to use your voice, especially in instances like these where you have the opportunity. Stand up and fight for those who are not weak, but have yet to discover the strength that the evil of this world has done its best to conceal.' To all the beautiful countries filled with culture, diversity, and thousands of years of history, you are beautiful. You are not sh*tholes. And lastly, on behalf of those who fight for equality in a world that is not equal, not just, and not ready for the change, we are here and I say unto you, bring us your tired, your poor, and any immigrant who seeks refuge. For together, we can build not just a better country, but a world that is destined to be united."

At the 2018 Grammy’s, artist Logic performed his song “1-800-273-8255” and gave a speech regarding the issues surrounding mental health, equality, and the media’s silence on such subjects. The title of Logic’s song is the helpline for the Canadian Association for Suicide Prevention, and his speech highlights the importance of unity and equality in a society that seems set on dividing us. His speech acknowledges racism, gender inequality, Trump’s controversial comments regarding immigration, and much more.

Logic’s speech is a great example of how to use your voice to raise awareness regarding serious issues that are often ignored by the media. At VictoryLab, we strive to do the same thing, to start a conversation about mental health which is a subject that is normally considered taboo. By using our voices to reach out and inform people about the struggles regarding mental illness, we hope to influence others to do the same. For so long, individuals who struggle with mental health have suffered in silence because of the stigma associated. What Logic’s speech shows us is that acknowledging these difficult issues opens many doors for people who are struggling to get help. Our app supports Logic in every way possible as it gives individuals the opportunity to speak to someone anonymously, which will hopefully encourage more people to seek help. By including a name and a face, the idea of telling a professional that you’re suffering can be intimidating. That being said, our app provides anonymity, making it easier for people to open up about their struggle without feeling judged in any way.

What Logic’s speech also emphasizes is the importance of unity. He addresses the oppression that people of color face, that women face, that cultures and countries that are branded as “foreign” face, and encourages the oppressed to stand up and fight. Logic explains that a sense of unity amongst people creates an environment of acceptance and ease. Instead of tearing people apart, he urges us to come together.

Why We Choose Suicide

How To Recognize the Hidden Signs of Depression

How To Give Back This Christmas

Athletes and Mental Health: How to Stay Mentally Strong in Sport

Bullying and its Effect on Adolescent Mental Health

Social anxiety: What is it, who does it affect, and what can you do about it? 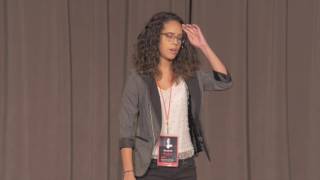 What They Don't Tell You About Mental Illness